A Summer of Civil Unrest: Racism, Diversity, and the Environment 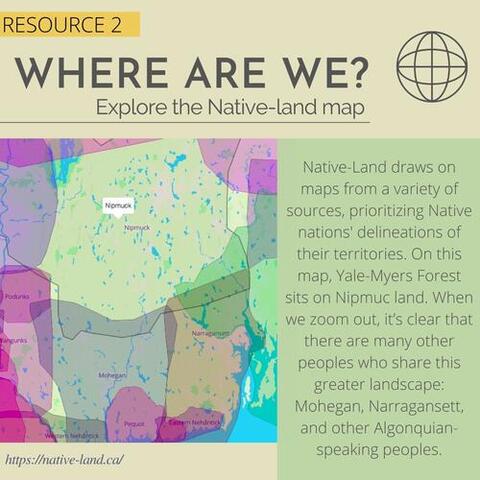 The summer of 2020 has been unlike any other. As scientists might refer to forests facing multiple stressors from climatic events, society too has been challenged by multiple compounding stressors in these past months. COVID still has a griphold on our society, changing the ways in which we communicate, study, learn, research, teach, and work. We also face unequal risk of contraction and recovery. We know without doubt that this disease disproportionately impacts Black, Latinx, and Indigenous peoples, including members of our own School community, our families, and our neighbors.

On top of the pandemic, this summer has been one of immense civil unrest set off by the murders of Ahmaud Aubrey, Breonna Taylor, and George Floyd, amongst other Black, Brown, Indigenous, and LGBTQ+ people whose names do not make it to national news. Our natural spaces and the environmental movement are not immune to the disease of racism, as we saw with the case of Christian Cooper – a Black man who was confronted, verbally assaulted, and threatened with violence by a white woman while he was birding in New York’s Central Park.

Longstanding movements like Black Lives Matter and Land Back for Native sovereignty have rocketed into the mainstream as a response, along with campaigns like #blackhikersweek, #blackbotanistsweek, and #latinoconservationweek that bring Black and Brown bodies into nature. This summer, we have witnessed major victories for Native peoples and their land rights, such as the Standing Rock Sioux Tribe and the Cheyenne River Sioux Tribe successfully shot down the Dakota Access Pipeline after a long lawsuit.

In mainstream environmentalism, the Sierra Club is working to dismantle its own history by “Pulling Down Our Monuments” as a parallel to the removal of Confederate monuments during BLM protests over the summer. Executive Director Michael Brune examines the rampant white supremacy in the organization’s early history, John Muir’s racist comments toward Black and Indigenous peoples, his successors’ founding of eugenics, and the erasure of Indigenous peoples from natural spaces – attitudes also espoused by the founder of our School, Gifford Pinchot. Brune cites Julian Brave NoiseCat, Director of the Green New Deal Strategy for Data for Progress, who writes:

The environment is no longer a white sanctuary. The messy business of society, power, and race is everywhere and intertwined. People of color have made the question of who—who leads, who is represented, and who deserves justice—unavoidable. Among my generation it is becoming more common to see Black, brown, and Indigenous people—and particularly women—leading the way.

If you were in New Haven over the summer, you certainly would have seen our students, alumni, and staff at the Black Lives Matter marches. Our broader community is working toward social, racial, and environmental justice on a variety of fronts – a few of which we present below. Through initiatives, curriculum changes, and collaborations like these, our community hopes to critically examine race and injustice in the environmental movement and in our School. As we continue to question, inevitably make mistakes, learn, and grow, we hope to create sustained spaces of empathy and belonging in our School and work.

URI Tackles Inequities in New Haven’s Green Forest Cover:
“Society is nature and nature is social,” according to Bill Burch, former professor emeritus and founder and faculty director of the Urban Resources Initiative (URI). “Environmental solutions can’t be outside the scale of daily human life.” For over three decades, this intersection of people and nature has guided URI’s work to restore more green spaces and tree cover throughout New Haven, especially in under-served communities.

Current Director Colleen Murphy-Dunning says URI’s work is “centered around people and inevitably intersecting with justice issues.” In fact, redlining, or a failure to invest, is clearly visible in the landscape, between maintained parks and tree-covered streets in wealthier areas of New Haven versus less funded communities of color throughout the city.

URI is working to make greenspaces across the city more equitably distributed and accessible. Its Community Greenspace Program supports community efforts to re-envision their parks and greenspaces and provides tools, materials, and technical support to do so. Over the summer, URI continued to develop two major projects at Cherry Ann Park in Newhallville and the New Haven Botanical Garden of Healing Dedicated to Victims of Gun Violence in West Rock. While designing and planning is underway at the Botanical Garden, URI helped install a splash pad gifted by a YSE alumna for neighborhood children to play in at Cherry Ann Park, a longtime goal of community leader Ms. Connie Vereen. This park, once a dumping ground, has been evolving over several years as a safe greenspace with support from URI.

Murphy-Dunning believes we are in a time of “reckoning of racial justice,” and that we need to ask “how the School is working on this issue in our own town, how we as Foresters do this in our own town, our own country?”

“We need to listen and learn from our neighbors,” she says, to learn “how to support and listen as Foresters and students.”

More details on these projects and URI’s summer work can be found here.

The Forest Fellows’ Dig Into Native Land Relationships in New England:
Did you know that Yale-Myers Forest sits on Nipmuc territory and is surrounded by the land of other Algoquinan peoples? That Yale and state universities have benefited from violent land dispossession and that the breakup and redistribution of land has left social, legal, and political legacies on the landscape across New England?

These are some of the topics that the Yale Forest Fellows have been exploring this summer. Every year, The Forest School at Yale School of the Environment hires post-graduates of the Forestry program to continue learning about and working in areas important to the Yale Forests, including forest stewardship, research, relationship building, and communications. This year’s cohort have collectively devoted themselves to “unpacking the forests’ history, centering around the Indigenous peoples who have held, still hold, and will continue to grow relationships with this land.” Starting with an informal, public-facing reading group, the Fellows spent the summer examining relationships with the School’s forestlands, focusing on topics such as Indigenous geographies, Indigenous erasure from mainstream history and wilderness, university land theft, tribal sovereignty, and the intersection of Native resistance with the Black Lives Matter movement.

Through self-education, the reading group has provided a space to explore these complex issues and direct attention toward the Native peoples rewriting history and continuing relationships with this land. You can follow the reading group via the Yale Forests Instagram and the reading group listserv, where Native-based resources are available to tell a more just version of our history guided by the invaluable support from Native students at Yale. While the summer draws to an end, these resource digests and efforts to dismantle our learned history will continue in new forms.

MODs Gets a Reboot:
MODs, or the three-week long summer orientation modules for incoming YSE master’s students, has been going through a period of reimagining. A faculty review conducted last year decided to spend two weeks in New Haven and one at Yale-Myers Forest. The reason for this shift was to better represent issue areas at the School, including environment justice.

But with COVID-19 preventing time in the woods or out in the city, this year’s MODs went fully virtual. The one-week event centered on community and justice under the theme, “From Self to System: Closing the Empathy Gap and Prompting Action through Environmental Justice.” It was led by Steering Committee members Professors Amity Doolitte, Marlyse Duguid, Mark Bradford and Gabe Benoit, and staff Thomas Easley and Stuart DeCew, and MODs Director Colleen Murphy-Dunning. Easley and DeCew set the tone for MODs, leading students in examining their own perspectives and carefully listening to those of their fellow classmates, in order to better understand one another’s lived experiences and position both “self” and “system.”

Senior lecturer Amity Doolitte introduced students to the concept of environmental justice, grounding it in New Haven’s history, landscape, and peoples, including the Native Quinnipiac people and New Haven’s Freedom Trail. The Yale-Myers Forest portion of MODs centered heavily on the concept of home place and home ecosystem to make connections between people and place. Professors Mark Bradford and Marlyse Duguid drew upon Robin Wall-Kimmerer’s book Braiding Sweetgrass to help weave Indigenous traditional knowledge with Western scientific knowledge by questioning our place within these natural systems and understanding that we as scientists are subjective in our knowledge.

Orientation concluded with insights and advice from Black alum Terry Baker ’07 M.F., Donovan Ervin ’20 M.F., ’20 M.B.A., Lauren Graham ’13 M.E.M., and Georgia Silvera Seamans ’01 M.E.M. on how to be a just environmental leader as students embark on obtaining their master’s degrees.

More on Forestry and MODs can be found here.

The Wildland Firefighters Rights Initiative Advocates During COVID-19 and Beyond:
This summer saw the birth of the Wildland Firefighters Rights Initiative at The Forest School. James Puerini, a former federal wildland firefighter and M.F. ‘21, and Gerald Torres, professor of environmental justice at Yale School of the Environment and Yale Law School, highlighted the increased risk firefighters face in contracting COVID-19 while working in grueling conditions fighting fires in their LA Times Op-ed: “Don’t just cheer wildland firefighters as heroes. Give them affordable healthcare.” From this article, Puerini and fellow master’s students Tiana Wilson-Blindman M.E.M. ’21, Humna Sharif M.E.M ’21, Leo Goldsmith M.E.M. ’20, and Cam Humphrey M.E.M. ’21 co-founded the initiative with ongoing faculty support from Torres.

The Initiative’s inaugural event, “Wildland Firefighter COVID-19 Workers’ Compensation Roundtable,” was held virtually on August 3rd. Panelists from major firefighter and fire ecology labor groups discussed challenges related to workers’ compensation, health care, and labor rights of wildland firefighters. While this first event was focused on uplifting the voices of firefighters during this high-risk time, Tiana Wilson-Blindman describes the ongoing focus of the Initiative will include “incarcerated firefighters, gender inequity, and Indigenous and Aboriginal peoples and their rights. , with the expectation to expand further in the future.” the rights of the most marginalized firefighters.

For more on this growing advocacy initiative, read here.