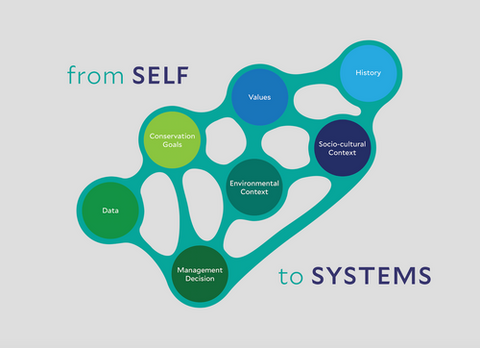 Prospective and incoming students often hear the lore of MODs, or orientation modules, that have historically been held for three weeks in August prior to the start of classes. This is a time when new cohorts get to know one another, the School, and learn skills predominantly focused on ecosystem measurements, forestry, and urban ecology. For our guitar playing extroverts, this is the time to shine around late night campfires.

MODs met the challenges of 2020 this summer. Colleen Murphy-Dunning, Director of MODs, explained that MODs has been undergoing a reimagining since last year. A faculty review restructured the locations and curriculum in favor of two weeks spent in New Haven and one at Yale-Myers Forest. In doing so, the School could better represent and focus on issues important to faculty and students, such as energy, materials, and at the crux of all issue areas, environmental justice.

However, with COVID-19, MODs went fully virtual with no time spent in the woods or out in the city of New Haven, taking place over just one week instead of three. This one week, led by MODs Steering Committee members instructors Amity Doolitte, Marlyse Duguid, Mark Bradford, Gabe Benoit, and staff Thomas Easley, Stuart DeCew, and MODs Director Colleen Murphy-Dunning, centered community and justice under the theme, “From Self to System: Closing the Empathy Gap and Prompting Action through Environmental Justice.”

Thomas Easley, Assistant Dean of Community & Inclusion at YSE, and Stuart DeCew, Executive Director, Center for Business & the Environment at Yale, kicked off and set the foundation for MODs with a community orientation. By “viewing the YSE community as a complex adaptive system,” Easley and DeCew led students in examining their own perspectives and carefully listening to those of their fellow classmates, in order to better understand one another’s lived experiences. Students continued to examine self and system guided by Easley and DeCew’s curation throughout MODs.

The Yale-Myers Forest portion, which has been known as the ecosystem measurements module, centered heavily on the concept of home place and home ecosystem to make connections between people and place. As described by Mark Bradford, this MODs still covered an “introduction to ecosystem science and data” but focused on “being honest about the fact that scientists are subjective,” even while working on seemingly objective questions. With this framing, Marlyse Duguid drew upon Robin Wall-Kimmerer’s work Braiding Sweetgrass to help weave Indigenous traditional knowledge with Western scientific knowledge by questioning our place within these natural systems and an understanding that we as scientists are subjective in our knowledge.

At the beginning of this module, Bradford and Duguid asked students three survey questions:

Answers lacked interconnections amongst them, but throughout the day, Bradford says the interconnections were put together, combining people, concept of place, and management goals to better understand that ecosystem science is much more than Western concepts and data.

Always connected to our alum, orientation concluded with insights and advice from Black alum Terry Baker ‘07 M.F., Donovan Ervin ‘20 M.E.M., ‘20 M.B.A., Lauren Graham ‘13 M.E.M., and Georgia Silvera Seamans ‘01 M.E.M. on how to be a just environmental leader as students embark on obtaining their master’s degrees.