What Can Mountain Laurel Tell Us About Forest Soil Carbon? 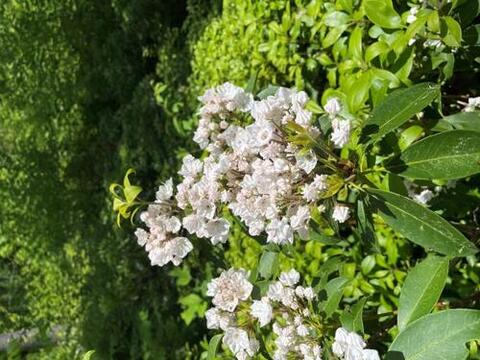 Anyone who has spent time in forests in southern New England has likely encountered mountain laurel. Having worked as both a horticulturist and forest ecologist, I have witnessed the full range of opinions regarding this common evergreen shrub. For gardeners and horticulturists, mountain laurel is the state flower of Connecticut, renowned for its clouds of pale pink flowers that bloom in early June. Foresters and ecologists, on the other hand, associate mountain laurel with adverse bushwhacking conditions, and forest managers often actively remove it to create growing space for trees in the understory. Though its reputation ranges from positive to negative, one thing about mountain laurel is clear: it is widespread in forest understories in the eastern U.S., where is forms dense, persistent thickets.

One aspect of mountain laurel that is less apparent is the symbiotic relationship it forms with soil microorganisms called mycorrhizal fungi. Globally, over 90% of vascular plant species affiliate with mycorrhizal fungi, and this association is characterized by a mutually beneficial trade of resources. The fungal partner provides plants with greater access to soil nutrients, such as nitrogen, and the plant provides the fungus with carbon from photosynthesis. 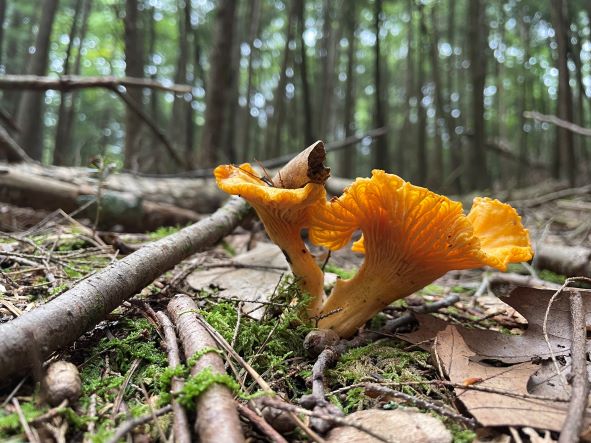 Chantarelles (Cantharellus spp.), which are well known for their culinary uses, are an example of ectomycorrhizal fungi that form symbiotic relationships with tree species such as oaks at Yale-Myers Forest. Photo courtesy of Ward.

Yet despite the fact that mountain laurel and other ericoid mycorrhizal shrubs (e.g. blueberries, rhododendron) can be very common in temperate forests, they have rarely been considered in studies linking plant mycorrhizal types to ecological processes. One potential reason for this knowledge gap is that shrubs are less often surveyed in forests than trees and, as such, less data is available on the abundance of ericoid mycorrhizal plants compared to arbuscular versus ectomycorrhizal trees.

As part of my dissertation research, I led a study published in Journal of Ecology that investigates the effects of ericoid mycorrhizal shrubs on soil carbon and nitrogen in temperate forests in the eastern U.S. This paper was a collaboration with my dissertation committee, which includes Dr. Mark Bradford and Dr. Marlyse Duguid—two faculty at The Forest School at YSE whose research focuses on soil carbon dynamics and understory plant communities in forests, respectively. 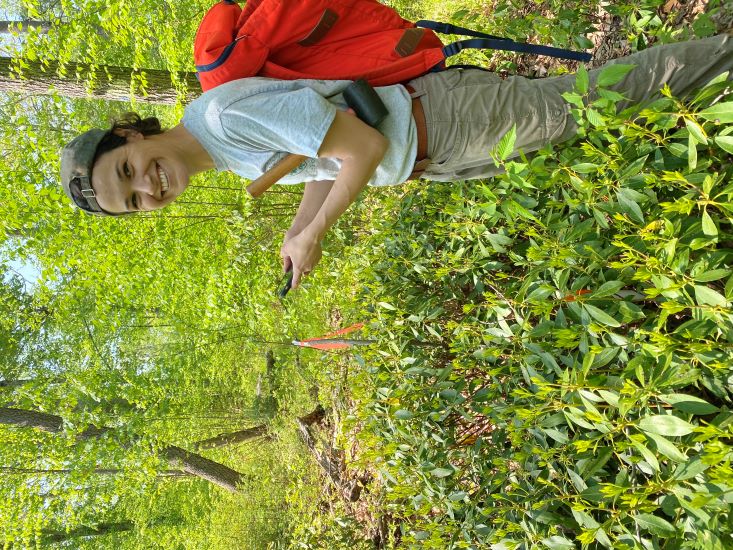 In the paper, we used data collected from U.S. National Parks and National Forests to assess the abundance, frequency, and species richness of ericoid mycorrhizal plants in temperate forests in the eastern U.S. We then used soil and vegetation data collected from 420 forest plots at Yale-Myers Forest to analyze the relationship between ericoid mycorrhizal shrubs and soil carbon and nitrogen. 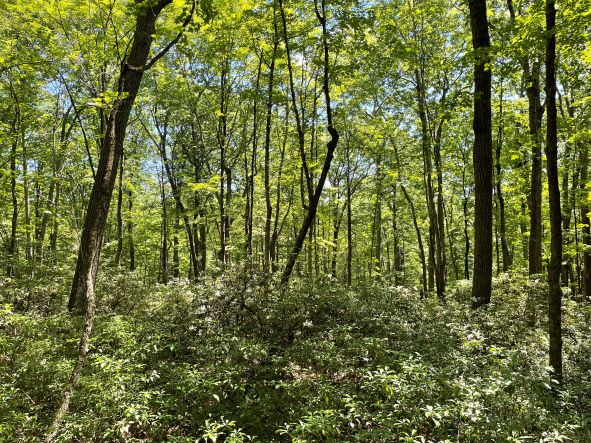 Mountain laurel shrubs cover the understory, preventing tree regeneration in this area of the forest. Photo courtesy of Ward.

Research has long shown that mountain laurel can act as an ecological filter by inhibiting tree growth and regeneration. Our study indicates that the ecological effects of this common species extend belowground by, for instance, influencing

the amount and form of carbon stored in the soil. These processes are interrelated and could therefore inform forest management efforts.

One way that ericoid mycorrhizal shrubs influence soil organic matter is through their leaf chemistry, which includes compounds that bind with soil nitrogen, making it inaccessible to other plants (Wurzburger and Hendrick 2009). Ericoid mycorrhizal fungi, however, can produce enzymes that liberate this form of organic nitrogen, making it accessible to shrubs such as mountain laurel at the expense of other plant species. Shifting the composition of understory plant communities dominated by mountain laurel or other ericoid mycorrhizal shrubs may therefore require site preparation, such as soil scarification, to make sure soil nutrients are available for the growth of other plants and to promote tree regeneration.