Roundtable Dialogues for Burning Questions in A Changing Climate 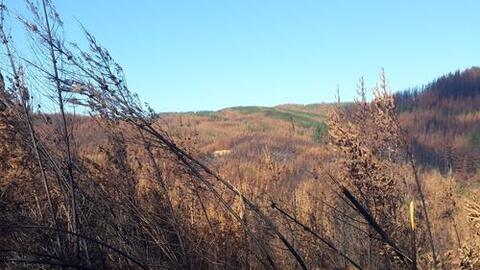 What is one key challenge that is common to the forests in the following six countries: Australia, Brazil, Chile, Lao PDR, Thailand, and Vietnam?

Fire. Uncontrolled forest fires are increasing in severity and frequency not only in the six countries that I listed above, but many more places around the world, even in places that do not typically burn. We continue to hit the record of the worst fire season in history. When I first learned about wildland fire as a student at Yale in the class “Seminar on Wildland Fire Science and Management,” we focused on the US West. But working on The Forests Dialogue (TFD)’s Fire and Forests Initiative makes me realize that the challenge is by no means localized, but global. The drivers are multiple. Climate change is a big one – many places are seeing longer and hotter dry seasons and therefore longer and more intense fire seasons, and it is increasingly challenging to model and predict fire. In addition, the land use decisions and policies as well as changing demographics and land management approaches are also contributing to changing fire dynamics.

And that is why for the past year, with partners of The Forests Dialogue (TFD) from these six countries, we gathered in the Zoom room to make one thing possible – we want more inclusive dialogues on fire.  We believe that multi-stakeholder dialogues are integral to the changes that are needed in understanding and managing fires in forests. We also believe the need for regional-level dialogues and exchanging learnings about fire around the world.

As forestlands around the world are burning up, we need the space to ask the “burning” questions that are critical to people’s lives and our forest ecosystems. We need the full spectrum of stakeholders around the table. Many conversations and networks about fire leave out important stakeholders that contribute to or are impacted by fire. Dialogue on fire is not a new thing, but we continue to see the same group of people around the table year after year – mainly government, academics, and NGOs. Some fire networks, such as the Fire Learning Network and the Indigenous Peoples Burning Network led by The Nature Conservancy, are drawing on a broader range of stakeholders. However, in many parts of the world, we still lack inclusive platforms for fire dialogues.

Facilitated by TFD, our local partners organized seven national and sub-national roundtable dialogues in the past three months, in Australia, Brazil (including two contexts: forest plantations and the Amazon rainforest), Chile, Lao PDR, Thailand, and Vietnam. While each roundtable is adapted based on the local context, they focused on a set of shared core topics including key challenges, climate change, good practices, stakeholder engagement, and opportunities for actions. The roundtable dialogues are a shorter, innovative format adapted from TFD’s traditional, multiple-day field dialogues. Flexible enough for the pandemic situation we are in, the roundtables allowed us to scope the issue in different contexts, identify potential fracture lines, and initiate trust-building between different stakeholder groups.

“We started to pontificate what a traditional TFD process will look like with a global dialogue on fire, but then we quickly realized, especially as COVID hit us, that it is not possible. So we adapted to the local context, and I think this also turned out to be a very unique approach for TFD … we focused on a landscape approach or national or subnational approach, which I think bodes well for addressing some of the complexities in fire as well as getting the local stakeholders to the table. A lot of the fracture lines that we are seeing around fire are from stakeholders that typically are not engaged in the fire management solutions,” commented David Ganz, ’96 MF, who is TFD’s steering committee co-lead on the Fire and Forests Initiative and executive director of RECOFTC, which hosted the roundtables in Lao PDR, Thailand, and Vietnam. The roundtables follow the ground rules and facilitation guidelines that are developed from TFD’s rich experiences from dialogues: “The TFD model uses Chatham House Rule that makes people feel safe to share their perspectives,” commented Fernanda Rodrigues, executive secretary of Diálogo Florestal (The Brazilian Forests Dialogue) and a member of TFD’s steering committee who lead the two roundtable discussions in Brazil.

What did the stakeholders talk about across different places? I will highlight three key themes below.

First, fire is intrinsically linked to people. Fire is often intentionally set by people for various reasons. For example, participants in the Lao PDR identified slash-and-burn agriculture as a key cause of fire; in Thailand, participants pointed out that fire was used for forest product harvesting, the need of which has increased due to the climate-driven low agricultural production and the pandemic. People also suffer the consequences of fire. Participants in the Australian roundtable pointed out that fire causes far-reaching and enduring impact on both the physical and mental health of people.

Second, Indigenous peoples and local communities are key stakeholder groups who have so far not been sufficiently involved in fire management and conversations. When fires start, the local people are often the first group of people who are impacted by it and can act swiftly to control it. The Australian roundtable participants reflected on the knowledge and skills of Traditional Owners in using fire and the critical need as well as barriers to strengthening the agency of Traditional Owners and rebuilding Traditional Knowledge. Almost all roundtables reflected on the need for capacity development particularly at the local level. In Vietnam, participants reflected on the key challenges of lacking knowledge, skills, budget, and equipment for on-the-ground fire prevention and control. In Chile, the Community Prevention Committees are local groups that have been set up to manage fire and their work is well recognized. Participants expressed a need for them to do more in awareness raising and fire prevention.

Third, we need to shift from a short-term, reactive suppression approach to long-term, integrated planning that involves diverse stakeholders and efforts at multiple levels. In Thailand, participants suggested decentralization of forest fire management to increase participation and collaboration with local people. Policies could incentivize improved smallholder farming practices, such as shifting away from monocrop to agroforestry or mixed crops that require less use of fire for site preparation. Meanwhile, participants in Australia reflected on the need for a cultural shift” – to move beyond a framing of fire in the community and political consciousness as a natural disaster to a deeper understanding of fire as a cultural tool and ecological process. In the Brazilian Amazon roundtable, the participants identified a concrete next step of signing a petition asking the government to approve and implement the National Integrated Fire Management Policy.

Insights from around the world

Across the roundtables, we can see that various countries and regions have different experiences in dialogues on issues of forest fires. For locations like Thailand, this is the first time that stakeholders around the country have gathered for a dialogue on fire. Australia, on the other hand, has a long history of dialogues on fire but still has challenges related to expanding the diversity of perspectives, knowledge, and types of experiences related to fire. Many locations expressed the desire to continue to have such dialogues. Phutthida Nippanon, who led the roundtable in Thailand on behalf of RECOFTC, commented that the national-level roundtables in Thailand should be organized every fire season. Francisco Rodriguez, who led the roundtable in Chile on behalf of Diálogo Forestal Nacional (The Chilean Forests Dialogue) and TFD’s steering committee co-lead on the Fire and Forests Initiative, said that the roundtable participants “are already talking about doing the next one soon because we do not want to lose the momentum.”

To me, working on this series of roundtables gave me many reasons for hope. Even during toughest times of the pandemic, we can still have dialogues where we exchange perspectives and build trust. For sure, we all miss the times when we can gather in person and be in the field, and there is no better way to build trust than in-person dialogues – we are humans, after all. But working with the TFD partners across the world and making these insightful roundtable discussions possible have convinced me that if we open up with utmost authenticity, and listen with respect, the pandemic is not an insurmountable barrier to dialogue. We need long-term, multi-stakeholder dialogues and networks to develop collaborative solutions to the pressing challenges we face, and we have ways to make it possible even in the most difficult circumstances.

For more information, read TFD’s synthesis report on our website (coming soon) and watch the recordings for our events at World Forestry Congress held in Seoul, South Korea in May 2022.

TFD wants to recognize and thank the following partner organizations of the Fire and Forests Initiative: