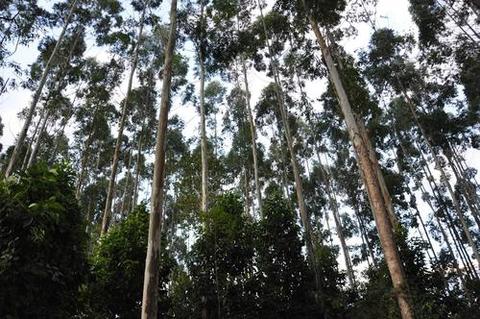 In Part 1, we explore the role of academics and alum of the Forest School at the Yale School of the Environment (YSE) in the debate surrounding mass tree planting across the planet as a major climate change mitigation strategy.

We as YSE Foresters often ground our land ethics in the woods of our backyards as well as those we have been fortunate to experience around the world. It is in these forests we find refuge, harvestable timber, food, recreation, wilderness, a complex and interconnecting ecosystem, opportunities for restoration, and the source of many of our scientific questions and endeavors. Increasingly, forests are examined for their potential to store carbon through forest restoration, especially as we face a changing climate. According to WRI, widespread deforestation in the tropics is responsible for around 8% of global greenhouse gas emissions yet could provide 23% of their proposed climate change mitigation strategy. Yale forest economics professor Mendelsohn and Sohngen (2019) estimate that since 1900, human driven conversion of forestland, such as clearance, agriculture, and other activities, is responsible for 92 GtCO2 of net emissions, while industrial emissions caused 1294 GtCO2. How do forests fit into both the fight against climate change, while also serving so many other purposes and are in fact affected by climate change themselves?

Academic and policy-making forestry alum are eager and active in this space, leading a popular debate as to whether or not planting an abundance of trees - 1.2 trillion to be exact - is an effective method to mitigate climate change. The origin story of one trillion trees was born out of research led by Mark Bradford’s former post-doc Thomas Crowther and Yale data scientist Henry Glick, who mapped and estimated there are 3.04 trillion trees on earth (Crowther et al., 2015). The study published in Nature was the groundbreaking summation of contributions of data from all over the world and from numerous Yale Foresters, including Kris Covey, Marlyse Duguid, Peter Umunay, Mark Ashton, Peter Crane, and Mark Bradford. Initially thought of as a ridiculous endeavor, Crowther and company created the first map of its kind, giving a number to the world’s tree density with the intention to create a platform for further understanding of the biosphere.

Since then, Crowther, an ecosystem ecologist, has established his own interdisciplinary lab at ETH Zürich, complete with community and ecosystem ecologists, remote sensing experts, Earth system modellers, programmers, physiologists, mathematicians, molecular biologists, physicists, and biochemists. The Crowther Lab, with its wide range of expertise, took the number of trees on earth to new heights - publishing ‘The Global Tree Restoration Potential’ in Science (Bastin et al., 2019). In this July 2019 study, the Crowther Lab identified 0.9 billion hectares of land area - such as parks, abandoned land, and woods, while excluding agricultural and urban areas - with the potential to grow 1.2 trillion trees, on top of the 3 trillion previously counted on the globe. In an interview with the Independent, Crowther claims tree restoration as a climate change mitigation strategy could outperform all other forms of mitigation. Crowther said: “There’s 400 gigatons [of carbon] now, in the 3 trillion trees, and if you were to scale that up by another trillion trees that’s in the order of hundreds of gigatons captured from the atmosphere – at least 10 years of anthropogenic emissions completely wiped out.” Crowther indeed believes that the power of trees as a mitigation strategy is sorely undervalued.

Crowther and his lab’s work have garnered substantial attention and many enthusiastic supporters. For example, scientist Bronson Griscom (Ph.D. ‘03) sits in the same camp. Earning his doctorate in tropical forest ecology from YSE, he has served as an Ecological Accountant at the Nature Conservancy, where he specialized in measuring how forests solve climate change, and now as the Senior Director of Natural Climate Solutions at Conservation International. In this program, Bronson directs CI’s research agenda focused on storing carbon in ecosystems, and forests are central to this reduction. Bronson’s landmark paper published in the Proceedings of the National Academy of Sciences adeptly called ‘Natural climate solutions’ claims: “Forest pathways offer over two-thirds of cost-effective NCS mitigation needed to hold warning to below 2C and about half of low-cost mitigation opportunities. Reforestation is the largest natural pathway and deserves more attention to identify low-cost mitigation opportunities” (Griscom et al., 2017). His 2019 and 2020 publications, such as ‘Potential for low-cost carbon dioxide removal through tropical reforestation,’ ‘Contribution of the land sector to a 1.5C world,’ ‘National mitigation potential from natural climate solutions in the tropics,’ and ‘Large climate mitigation potential from adding trees to agricultural lands,’ dive even deeper.

In his own words, Crowther writes in The Guardian that the idea of planting one trillion trees has moved from scientific literature to the “realm of politicians and influencers.” In fact, tree planting is such a tangible solution that the U.S. government - an entity becoming notorious for denying climate change - is supportive. Congressman Bruce Westerman (R-AR, M.F. ‘01, Licensed Forester) has fully embraced Crowther’s work by introducing the Trillion Trees Act. Through the act, Congressman Westerman proposes the U.S. should plant 3.3 billion trees annually for 30 years, planting about 100 billion or 10% of the trillion tree strategy. The Congressman has since given testimony to the House Committee on Natural Resources citing that mass-scale tree planting can curb climate change, sequester carbon, and provide sustainably harvested timber. At the highest level, President Donald Trump announced the United States would join the One Trillion Trees Initiative launched by the World Economic Forum during his remarks in Davos.

Carla Staver, Associate Professor in Yale’s Department of Ecology and Evolutionary Biology, is a vocal contributor of the response paper. She told Wired: “We’re not talking about small errors here. We’re talking about a huge difference in the total amount of carbon you could sequester.” Staver went on to clarify that the scientists who wrote the response are indeed supporters of reforestation as a climate mitigation strategy, however, she says: “It behooves us as scientists to be realistic about how much that’s going to get us. We have to make good faith estimates.”

Mark Ashton, Senior Associate Dean of the Forest School at Yale School of the Environment, who was a contributor to Crowther’s first landmark tree-counting study, is another skeptic at Yale. In a Grist article, Ashton doubts efforts to plant trees as carbon sinks are feasible if not done with security of land tenure and under ecologically appropriate conditions, as there is more economic incentive to cut these trees than to leave them standing. He goes on to say: “When you plant a tree, you have to invest in its security for the future. So I think it’s a bit of a red herring. The most important thing to do in terms of climate is to try and reduce emissions.” Ashton considers more nuanced forestry, such as providing incentives on private land for growing Douglas fir on longer rotations in the Pacific Northwest for long lasting timber products that would lock carbon into new construction to be an industrial ecology strategy for mitigation.

Michael Dove, Professor of Social Ecology at YSE and Professor of Anthropology at Yale’s Department of Anthropology, further illuminates the socio-political divide, citing the Crowther Lab’s overestimation of both land and tree potential is because of the focus on “biological versus social and political potential.” Regarding the identified land for potential restoration, Dove says: “Trees are absent from these lands in most cases because of local, often varying and contested, preferences for other land uses. The billion-acre and trillion-tree campaigns only ignore these local politics in late-developing parts of the world, and they divert attention from the politics behind the real culprits of climate change, the oil and gas industries in the developed countries.”

While these critics claim the proposed restoration may be inappropriate to specific places and peoples, the difficulties of recreating an entire ecosystem are also immense. Liza Comita, Professor of Tropical Forest Ecology at YSE, says the trillion tree campaign “ignores the fact that these new forests take decades to accumulate substantial amounts of carbon and that significant carbon emissions continue to result from deforestation and degradation, predominantly in the tropics.” Thus, Comita encourages a focus on avoided deforestation and degradation of already standing forests and to allow for natural regenerate as appropriate, rather than to actively “create those forests after cutting them down.”

Much more research on these themes is going on at Yale. Oswald Schmitz, Oastler Professor of Population and Community Ecology at YSE, has been conducting research on predator-prey dynamics in the Yale Forests. Schmitz and his lab have found that predators - in their consumption of herbivores - regulate how many herbivores consume how much vegetation, which in turn stores carbon. For example, an increase of large predators such as wolves preying on more moose in the boreal forests leads to more vegetation and carbon storage on the landscape level. In the Bradford Lab, the focus is on soil as a carbon sink. Mark Bradford, Professor of Soils and Ecosystem Ecology, and his colleagues joined the debate on the carbon carrying capacity of soil as the United Nations calls for climate mitigation belowground, too. Instead of escalating disagreement in the scientific and now public communities, Bradford calls for a collaborative, solution centered space that doesn’t undermine soil health or the science policymakers’ need to make decisions.

With that said, Crowther outlined his response to criticism in The Guardian. Despite technical critiques, Crowther asserts any organization that commits to the one trillion tree initiative must also commit to four key principles: 1) cutting carbon emissions is the first priority to address climate change, 2) restoration must be ecologically sound, 3) restoration must also be socially responsible, and 4) we must conserve already existing ecosystems. More to come in the next edition of The Overstory.