Forestry Has Seoul: The Forest School at the World Forestry Congress 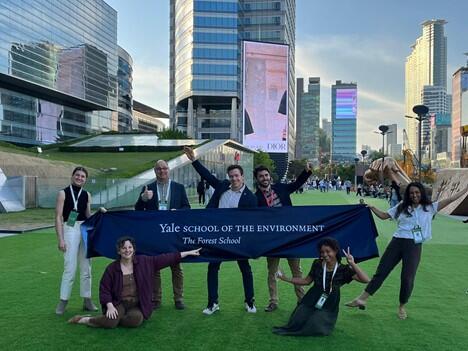 We joined thousands of people in Seoul, South Korea the first week of May to attend the 2022 World Forestry Congress, the planet’s largest gathering of people for forests. The Congress happens every six years, and this was its 25th convergence. As usual, the United Nation’s Food and Agriculture Organization hosted it alongside the host country’s government. The Forest School and The Forests Dialogue’s Executive Director Gary Dunning, Assistant Director Liz Felker, and a contingent of YSE students representing The Forest School at Yale School of the Environment and The Forests Dialogue attended.

Many attendees were Korean nationals – among them students, members of the country’s forest service, government, and those in private enterprise. Similar delegations from around the world were present. Notably, a great number of people came from other Asian as well as African countries.

Six sub themes guided the Congress: reversing deforestation and forest degradation, nature-based solutions for climate change adaptation and biodiversity conservation, the green pathway to growth and sustainability, forests and human health, managing and communicating forest information, and forests without boundaries. Over four days, we joined panels, plenaries, and discussions on these topics. A seemingly never-ending procession of experts and leaders shared their life’s work. Our own members of The Forests Dialogue hosted events, too. The multi-disciplinary nature of the Congress felt ripe for collaboration, as professors shared the same halls as forestry officials and grass-roots organizers. For this author, at the heart of the Congress was community building – plugging into a larger network of forest-lovers from all over the world. 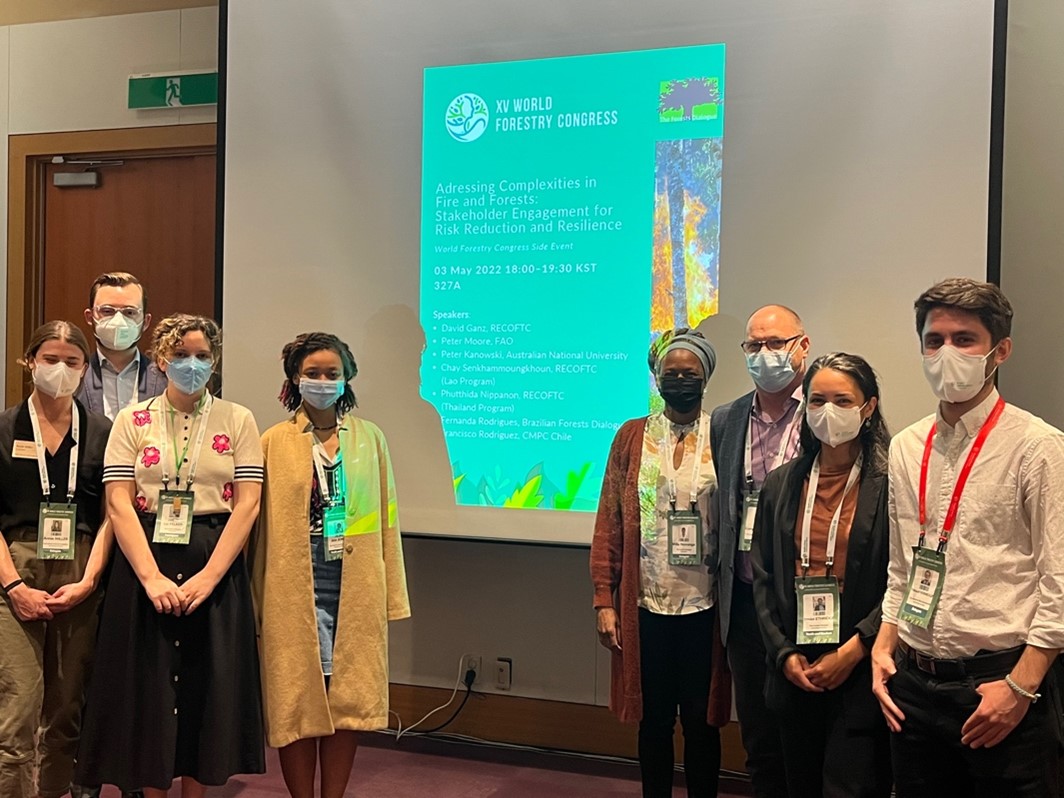 The Forests Dialogue organized several events at the Congress, including “Addressing Complexities in Fire and Forests: Stakeholder Engagement for Risk Reduction and Resilience.”

Simultaneous to the conference, an exposition was held where various organizations presented their work and represented their organizations. The Forest School at YSE was one such organization. Students took turns hosting our booth and speaking to curious passersby about YSE and The Forests Dialogue. On more than one occasion, YSE students presented our graduate programs to groups of around 20 undergraduates. Other interactions, however, were conversational. Small groups or solo cruisers looking to learn more about forests, just like us, came with questions about how to be more green or ideas on handling deforestation. TFS also hosted an alumni gathering to bring together current students with alums and prospective students. 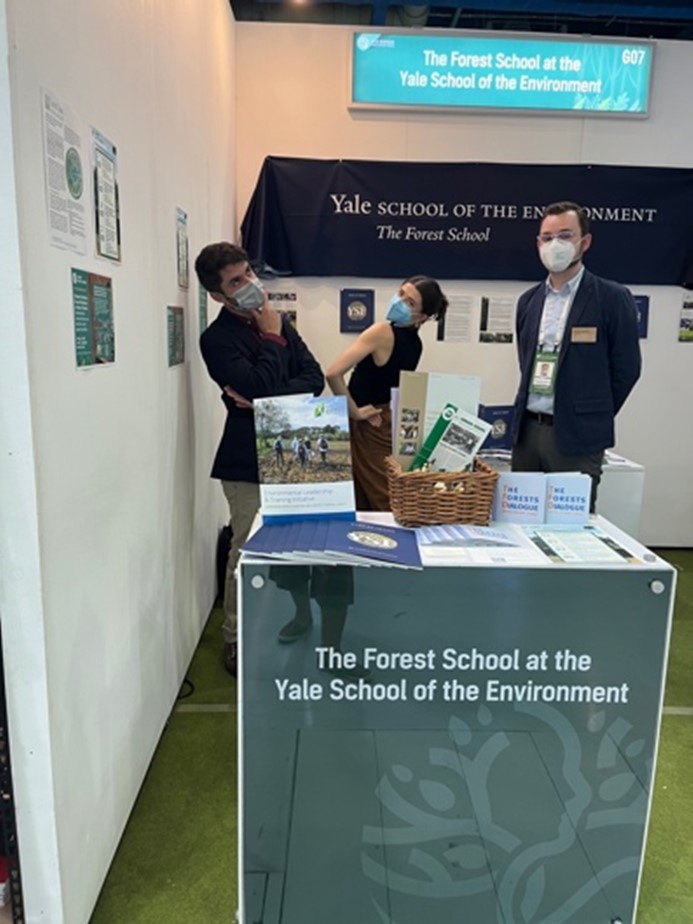 Students represented The Forest School at the Yale School of the Environment at the Congress’ exposition, sharing our research, activities, and student experiences. 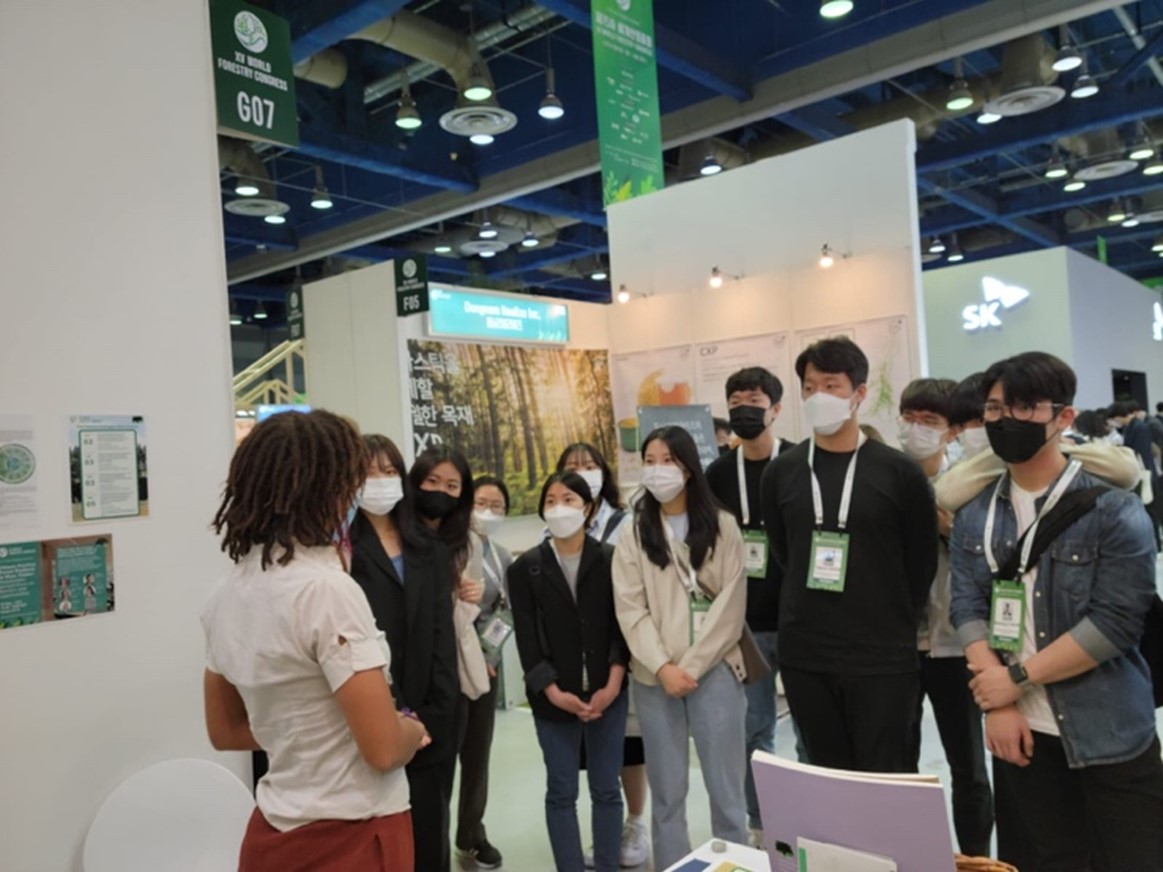 Jess Jones ’23 MF presented to a group of interested students at the exposition booth.

Most evenings, we in the YSE contingent recapped the days’ events over kimchi pancakes and tteok-bokki, which are simmered rice cakes. During the day, whenever we needed a break from talking about forests, we were able to step outside into a real forest. The convention center abutted Bongeunsa Temple. And before you wonder why this is relevant, I’ll tell you – many Korean forests have been preserved because they surround Buddhist temples. While Buddhists today make up only about 20% of Korea’s population, one could be forgiven for carrying the impression that a universal respect and enjoyment is elicited by these ancient temples from tourists and nationals alike – as well as their plant and animal inhabitants. At the temple-park, oriental magpies leapt from low branches to bench backs. A critter suspiciously similar to our own black-capped chickadee tweeted sweet nothings.

The busy streets of Seoul’s Gangam district felt far away in the shaded quiet of the temple forest, where people of all ages meandered along well-maintained paths. A distinct timelessness hummed through the spring air. It was punctuated only by the hollow sound of drums emanating from the temple and quiet relaxed conversation bubbling up from outdoor lunch-havers. It felt like a wonderful model of what forests can be – a place to relax, recharge, and reconnect. A place to connect with our own humanity, in humble awe of the quiet processes above and below-ground sustaining life on Earth. 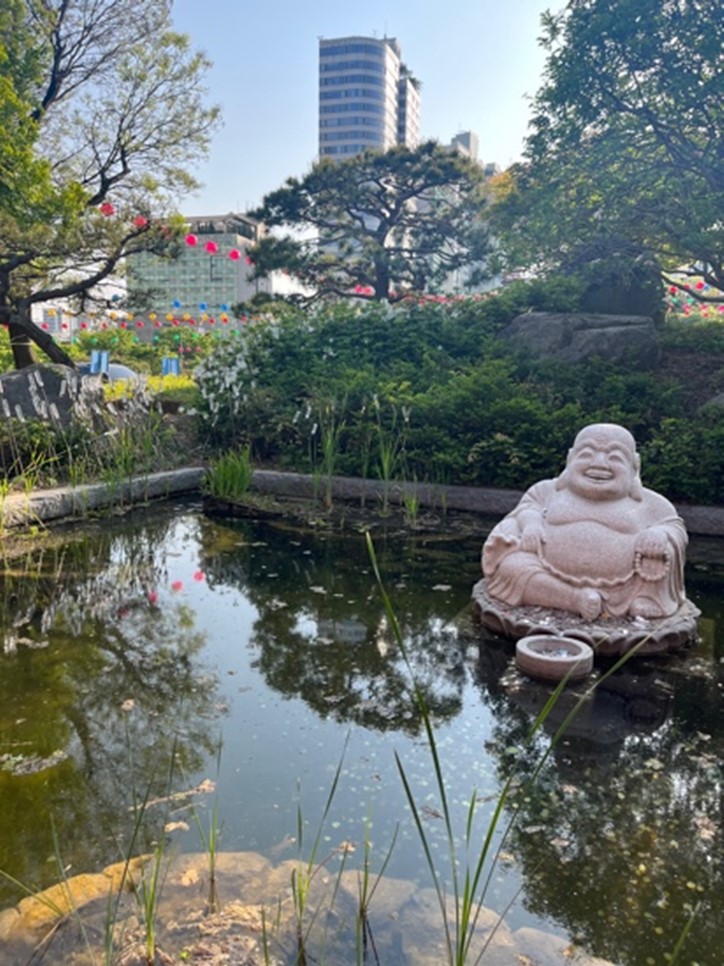 Outside of the Congress, students enjoyed exploring nature and forests in Seoul, including the Bongeunsa Temple.