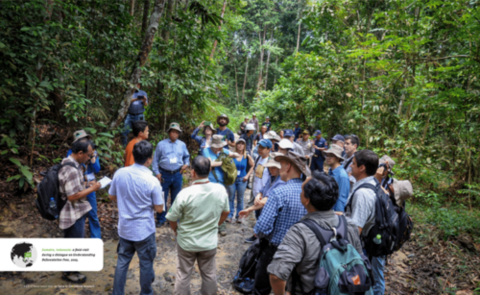 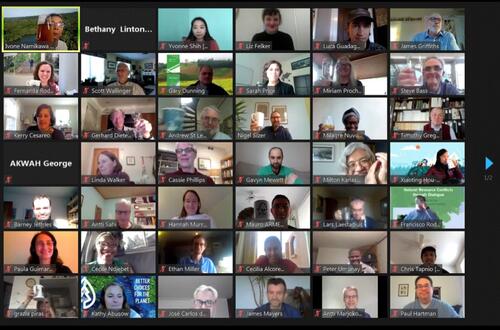 Many of us started this year with shining eyes, welcoming in a new decade of restoration and celebration, but have been met by immense challenges throughout 2020. While many of our plans for action and direct engagement have been thrown off or gone virtual, this has also been a time for reflection. In that spirit, The Forests Dialogue (TFD) has been celebrating its 20th anniversary, reflecting on what has been accomplished, and envisioning the role of dialogue for people and forests in the future. On December 1st, TFD held a launch for its book If Trees Could Talk: 20 years of The Forests Dialogue in a virtual, global anniversary celebration. In addition to this book that captures the journey of TFD, the organization launched “The Forests Dialogue Guide” and the “Land Use Dialogue Guide,” which respectively outline TFD’s multi-stakeholder dialogue methodology and how to apply a landscape approach to environmental decision making.

Over the course of its 20-year history, The Forests Dialogue has held a unique role in global forestry, developing 80 dialogues on topics central to the fate of the world’s forests and the people who depend upon them with over 3,600 participants and field visits in 31 countries. In 2000, the organization was born out of a small meeting of individuals from private companies, forest owners, and environmentalists who came together to see if by talking and listening to each other they could discover common ground and find ways to collaborate constructively. At the time, the forestry sector was heavy with mutual distrust and confrontation fueled by contentious debates over international forest certification. A few more meetings followed this initial gathering, in Switzerland, Sweden, and the U.K., and The Forests Dialogue was born. Holding multi-stakeholder discussions to build trust and find common ground was a completely novel idea then and has now become a norm throughout the world.

In If Tress Could Talk, we get an intimate understanding of TFD’s evolution from its initial start to the lean yet ever-reaching organization housed at The Forest School at the Yale School of the Environment (YSE) that it is today. The book takes its audience through time and introduces many of the key players including Steering Committee members, dialogue participants, and TFD staff. True to this day, TFD is led by two individuals, one from the private sector and the other from civil society, as co-chairs of the Steering Committee. The first pair, Scott Wallinger of MeadWestvaco and Nigel Sizer of World Resources Institute, set out to identify individuals from key organizations who would be willing to talk and listen, including forest owners, who were typically talked about rather than with in forest-sector meetings. This value of speaking with has continued. Sarah Price, ’06 M.F.S. and TFD steering committee member, reflects on a key moment of listening and finding commonality:

At one moment in the negotiations [on illegal logging], we were kind of at an impasse. So it was proposed to two of the most vocal opponents, why don’t you guys go and sit together and see what you can come up with? I remember witnessing this discussion at a small table with just two or three people discussing what don’t we agree on here, what’s the issue, just trying to peel back a few layers.

Believing in the humanizing approach of dialogue, Gus Speth, who served as dean of the Yale School of Forestry & Environmental Studies, worked with Wallinger and Sizer to bring TFD to Yale. It has since been run by Executive Director Gary Dunning ’96 M.F. Sizer reflects on this reciprocal relationship: “The Yale brand is extremely important and helpful. It’s a nice impartial setting, and it gives TFD more resilience. Housing it within another organization would potentially be more partisan, while having it out there on its own might not have worked.” Yale faculty and students have also played an instrumental role in the organization’s success. Amity Doolittle, senior lecturer at YSE and TFD steering committee members says: “Students now are very interested in stakeholder dialogue and how to move situations forward through dialogue, so the internships are highly sought after. They do get tremendous connections and on-the-ground experience.”

If Trees Could Talk moves through TFD’s structure and approach, from its three-part methodology “Engage! Explore! Change!” to the internal diversification of voices and an expanded focus from the economic and ecological importance of forests to integrating social and cultural values. TFD – including current co-leads Ivone Namikawa of Klabin in Brazil and Milagre Nuvunga of the MICAIA Foundation in Mozambique, executive director Gary Dunning, the steering committee, and student associates – welcomes the forestry sector to celebrate this progress made in the past two decades.