Yale Forest Forum: ‘Urban Forests: A Natural History of Trees and People in the American Cityscape’ with Jill Jonnes, Author 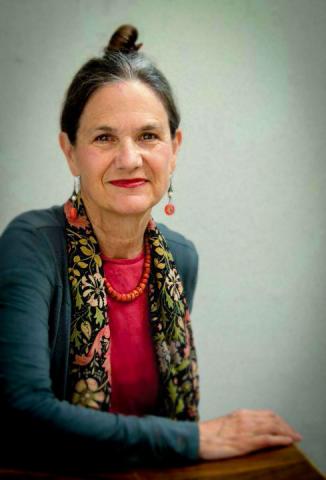 In Jill Jonnes’s talk on Urban Forests, she tells the story of urban trees and the Americans—presidents, plant explorers, visionaries, citizen activists, scientists, nurserymen, and tree nerds—who have passionately promoted the greening of our cities. Ranging from Jefferson’s day through the postwar devastation of magnificent American elm canopies from Dutch elm disease and on up to the present, Jonnes celebrates the nation’s arboreal advocates, from the founders of Arbor Day, arboretums, and tree surgery to the current generation of tree evangelists and scientists, who are engaging the latest technology to illuminate the value of trees as green infrastructure and their importance to public health.

JILL JONNES, who holds a Ph.D. in American History from Johns Hopkins University, is the author of Eiffel’s Tower, Conquering Gotham, Empires of Light, and South Bronx Rising. Founder of the non-profit Baltimore Tree Trust, she is leading the Baltimore City Forestry Board’s new initiative, Baltimore’s Flowering Tree Trails. As a staff member of the 2010 Presidential National Commission on the BP Deepwater Horizon Oil Spill and Offshore Drilling, she wrote the first chapter of the report Deep Water: The Gulf Oil Disaster and the Future of Offshore Drilling. In the fall of 2011, she was a scholar studying Trees as Green Infrastructure at the Woodrow Wilson International Center for Scholars in Washington, DC. Jonnes was also named a National Endowment for the Humanities scholar and has received several grants from the Ford Foundation.