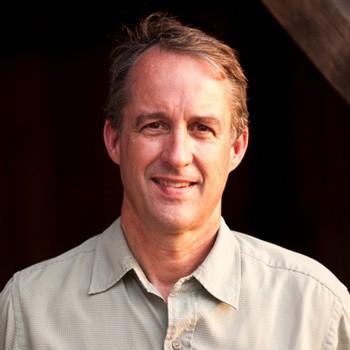 Kevin Durkin, founder and president of Heritage Restorations, grew up in New York and New Jersey where he studied American history and the construction and archaeology of historic American buildings firsthand. After his university studies and three years in medical research at Columbia University, he returned to his love of history and worked as a historical archaeologist on some of America’s earliest domestic and industrial sites including eighteenth and nineteenth century homesteads, mills and the Cold Spring Foundry in New York. In 1979 he and his wife Kelly relocated to Colorado where he started a woodworking company constructing both residential and commercial cabinetry.

Relocating to Austin, Texas in 1984, Kevin continued woodworking in both cabinetry, millwork and furniture made largely from re-cycled virgin timbers from abandoned 19th century industrial building. Beginning in 1994, with other craftsmen he designed and developed Homestead Traditional Craft Village in Texas, which includes many traditional craft workshops including woodworking, pottery, blacksmithing, fiber crafts, a working 1760 gristmill and a working farm. In 1997 he began timber framing when he dismantled an historic nineteenth-century barn in New Jersey for their showroom at Homestead. This was immediately followed by requests to build entire projects by dismantling, moving, designing and rebuilding historic American houses, mills, log cabins and barns into new homes and commercial buildings. In response to these requests he founded Heritage Restorations where he has overseen the relocation, restoration and rebuilding of over 350 historic American timber-frame buildings to over twenty-five states and foreign countries including New Zealand, China, Canada, Australia and Japan.

Kevin has written for various publications as diverse as Fine Woodworking, The Ploughshare Journal and The Annals of Surgery and is also an instructor at the Ploughshare Institute for Sustainable Culture. Heritage Restoration’s work has appeared in numerous publications including The Wall Street Journal, Timber Frame Journal, Wooden Boat and Better Homes and Gardens and has been featured on TV shows like Grand Designs and HGTV. Their individual craftsmen have won many awards in their crafts, including furniture making, iron work, blacksmithing, pottery, and weaving. And their handcrafted furniture is part of the permanent collection of the White House.

Kevin is also the owner and founder, along with his oldest daughter Rebeccah, of Brazos Valley Cheese and Farm. They have won numerous first-place international awards for their artisan cheeses, which are served in many fine food venues including restaurants, hotels and the White House. Kevin keeps his feet on the ground by managing Brazos Valley Farm where they raise a large diversity of organically and sustainably grown vegetables, fruits and berries.

For twelve years Kevin served as director of the annual Heritage Fair held in central Texas, which brings together craftsmen and -women in a multitude of sustainable trades and crafts along with musicians and chefs. Attended by over 18,000 visitors annually from most states and many foreign countries, Heritage Fair will celebrate its thirtieth anniversary in the fall of 2017.