XL to XS: Mass Timber Architecture across size and typology 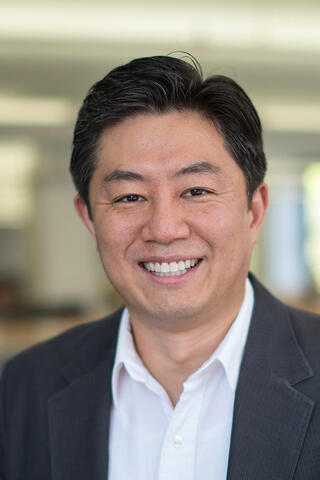 XL to XS: Mass Timber Architecture across size and typology

We’ve always built with wood. But our 20th century urban centers have been shaped primarily with steel and concrete. With digital technology and climate crisis, we are poised to return to this rather familiar material in shaping our 21st century cities; reimagined, reshaped, bigger and potentially better. Through projects ranging in size and typology, we will look at Mass Timber Architecture’s potential to shape healthy spaces that respect construction and cherish our environment.

Tom is a national leader in the practice and education of Mass Timber Design. He has worked closely with researchers, engineers and fabricators to gain mastery over this new technology. He has led the firm’s mass timber design for the John W. Olver Design Building at UMass Amherst, one of the most technically advanced cross laminated timber building in the US and Adohi Hall at University of Arkansas, the largest cross laminated timber building in the US at its completion and recipient of the national AIA Housing Award in 2021.

Tom has been invited to speak on this emerging subject at conferences and seminars worldwide including Canada, Costa Rica, New Zealand, South Korea, and throughout the United States. He has also shared his knowledge and experience in Mass Timber design with his peers through numerous AIA continuing education workshops and webinars. As adjunct faculty, Tom also teaches design studios focusing on Mass Timber, having taught at Auburn University in Alabama and currently teaching graduate level studios at Wentworth Institute of Technology in Boston, Massachusetts.

Born in Seoul, South Korea and raised in the US, Tom received his degrees in Architecture from University of Virginia and the Graduate School of Design at Harvard University.