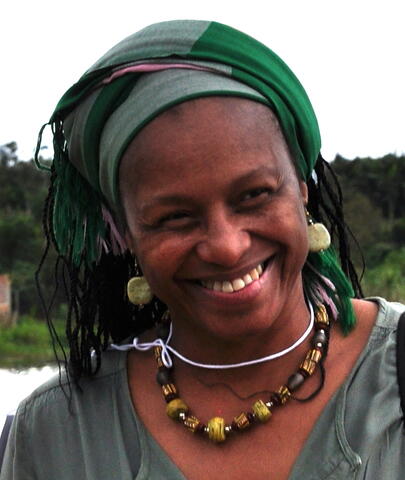 Register for The Promise and Practice of Community-Based Forestry

Speaker Information: Milagre is a Mozambican citizen and lives in Chimoio, Manica Province, Mozambique. She trained as a forester and began her career as a junior officer in the Forestry and Wildlife Directorate of the Ministry of Agriculture in Mozambique. Later on she held some senior positions within the Mozambican Government including Director of the National Forest Research Centre and National Director for Forestry and Wildlife, both within the Ministry of Agriculture, as well as National Director for Natural Resources Management and Senior Policy Advisor in the Ministry for the Coordination of Environmental Affairs.

Milagre worked also as a Forest Project Officer for UNDP (Forestry Capacity Program – Sustainable Energy and Environment Division) and the UN Secretariat of the Intergovernmental Panel on Forests (IPF), based in New York for three years. Her last international position was with the Ford Foundation, where she served as a Program Officer for Environment and Community Development in East Africa (Kenya, Tanzania and Uganda) based in Nairobi, for six years.

In January 2008 Milagre (and her partner, Andrew Kingman) moved back to Mozambique to set up MICAIA – a Mozambican hybrid institution combining MICAIA Foundation (not-forprofit) and Eco- MICAIA Limited (social enterprise). MICAIA was also registered as a charity in the UK. Milagre is the Executive Director of the MICAIA Foundation, whose headquarters are in Chimoio, in Central Mozambique.

The development of environmentally sound, participatory strategies for community development in poor rural areas based both on people’s rights and responsibilities as human beings and citizens, has been the main thread underlining Milagre’s working experience, particularly in the last 20 years.

Abstract: Milagre’s presentation will center on the strong linkages between CBFM systems and national politics (centralized vs decentralized governance systems). Descriptions will include in what context they were introduced and why, as well as some of the elements that contributed to their success or failure.