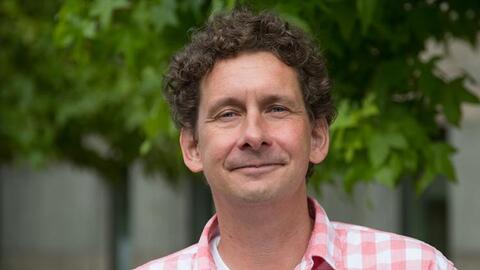 In a time of climate emergency and a call for more climate action, cities play a leading role. This talk focuses on the role of urban forestry in delivering climate across, both in terms of climate change mitigation and adaptation. Drawing on examples from across the world, examples of urban forestry policy, programs, and actions with a strong climate focus will be discussed and analysed from a governance perspective. Opportunities and challenges within these will be highlighted, including potential synergies and trade-offs between different nature-based solutions delivered by urban forestry.

Cecil has over 25 years of experience studying, teaching, and advising on aspects of urban forestry and nature-based solutions. He is widely considered as one of the world’s leading urban forestry experts, and his work has been featured by leading media outlets such as CNBC and in international documentary films. A Dutch national, he has lived and worked in Europe, Asia, and North America. Since 2016 he has been a professor of urban forestry at the University of British Columbia. Cecil helped found the leading academic journal Urban Forestry & Urban Greening, and edited seminal textbooks such as The Routledge Handbook of Urban Forestry. Cecil is passionate about using trees and nature to develop better cities, and always stresses the importance of building meaningful relationships between people and places. He has advised international organizations such as FAO, as well as national and local governments in more than 30 countries, and was an invited panelist at the 8th Ministerial Conference on the Protection of Forests in Europe in April 2021. Cecil currently lives in Barcelona from where he co-directs the Nature Based Solutions Institute, a think tank for the evidence-based greening of cities.